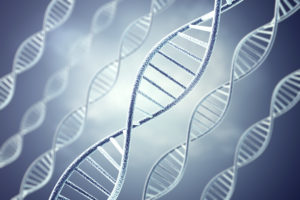 Carrier screening is a term used to describe genetic testing performed on an asymptomatic individual to determine whether that person has a mutation or change within a gene that is associated with a particular disorder. Carrier screening can be performed for one specific condition or for multiple disorders.

Historically, genetic screening has typically been done based on ethnicity.   As genetic testing has become less expensive it is now possible to screen for a large number of conditions simultaneously. This testing strategy is known as expanded carrier screening. Expanded carrier screening panels typically include options to screen for 5–10 conditions to as many as several hundred.  In our multiracial society it has also becoming more difficult to define ancestry.  This has led to panethnic screening in which carrier screening for a panel of disorders is offered to all individuals regardless of ethnicity rather than traditional ethnic-based screening.

Although it may seem appealing to screen for many disorders with one test, there are limitations and disadvantages to expanded carrier screening. As the number of disorders being screened increases, the likelihood of identifying a carrier state increases. Even though the individual disorders are rare, the large number of conditions screened for results in more 60% of people being found to be carriers for one or more disorders on the larger panels.   This results in the need for additional testing for the other gamete provider, extensive genetic counseling, and increased anxiety. To minimize the potential for harm, the number of conditions included in the screening panel needs to be considered in addition to the nature of the conditions.

Given the multitude of conditions that can be included in expanded carrier screening panels, the disorders selected for inclusion should meet several of the following consensus-determined criteria.  The diseases on the panel should: have a carrier frequency of 1 in 100 or greater, have a well-defined phenotype, have a detrimental effect on quality of life, cause cognitive or physical impairment, require surgical or medical intervention, or have an onset early in life.  Similar to the genetic testing of children, carrier  screening panels should not include conditions primarily associated with a disease of adult onset, such as cancer genetic predisposition.  This approach aims to provide a balance between identifying carriers for more common conditions and minimizing anxiety associated with identifying carriers of extremely rare disorders.

Many carrier screening panels do in fact include adult onset conditions which are mild and genes for cancer predisposition as well as conditions in which carriers can have symptoms.  This poses particular problems for egg donors who are often unaware that the screening included these types of conditions and may be disqualified from egg donation based on the results.  They also typically don’t get the in-depth genetic counseling they deserve, especially in these more sensitive situations.

For some conditions included on expanded carrier screening panels like hemoglobin disorders, the genetic testing method offered by the panel may not be the most sensitive method of carrier detection, leading to the need for additional testing.

Although pre-defined panels are marketed by commercial laboratories, health care providers should carefully evaluate the conditions included on the panel they choose and determine the appropriateness of the panels for their purposes.  Customized panels are available through most laboratories.

The availability of expanded carrier screening does not preclude the appropriateness of ethnic-based screening or screening based on family history.   These risks need to be evaluated and screening should be offered.  Failure to do so increases liability risk for the clinic.   Risks based on the family history may require additional, more targeted testing.

Carrier screening will not identify all individuals who are at risk of the screened conditions because not every possible disease-producing mutation or allele is screened and because de novo mutations may arise. Patients should be counseled regarding residual risk with any test result.

Pre-and post- test counseling/informed consent is recommended prior to any genetic testing and should also be offered to intended parents using donors who have been identified as carriers so that the risks can be discussed and appropriate testing can be offered to the other gamete provider.  Due to the complexity of genetic testing, positive test results are best followed up with genetic counseling.  Documentation of counseling and risk details are important for risk management and good medical practice.

Carrier screening in the age of genomic medicine. Committee Opinion No. 690. American College of Obstetricians and Gynecologists. Obstet Gynecol 2017;129:e1-6. 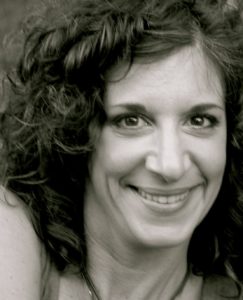 Ms. Vance is a Board Certified and Licensed Genetic Counselor and founder of Bay Area Genetic Counseling, a consulting practice specializing in genetic risk assessment for gamete donors and fertility patients. She is respected as a leader and innovator among genetic counselors. She has provided genetic counseling since 1991, with clinical experience and significant expertise in prenatal, pediatric, adult, cancer, and reproductive genetics.  She has served on the board of the American Society of Reproductive Medicine’s Genetic Counseling Special Interest Group since 2002 and has chaired the National Society of Genetic Counseling ART Group.  She is a Clinical Advisor for Good Start Genetics and is the Genetic Counseling Advisor for the Society for Ethics for Egg Donation and Surrogacy (SEEDS).   Ms. Vance has authored many published papers and abstracts, as well as 10 entries in the Gail Encyclopedia of Genetic Conditions.  She has written newsletter articles and has delivered numerous invited presentations.   She has taught in courses for the Genetic Counseling Program at the University of California, Berkeley and has supervised genetic counseling interns from various genetic counseling programs. Her area of interest in research has focused on the importance of family history risk assessment for gamete donors and couples prior to IVF.  This research is ongoing and has been presented at several national meetings.  Ms. Vance provides expert witness testimony for cases involving genetics, genetic disorders, and birth defects.   Ms. Vance earned her B.A. in Zoology from Miami University in Oxford Ohio and her M.S. in Genetic Counseling from the University of Cincinnati.